Originally from Odessa, Texas, Dr. Harris earned a DVM degree at Ross University School of Veterinary Medicine in 2012. After completing the classroom portion of veterinary school at Ross University in St. Kitts, located in the West Indies in the Caribbean, he performed a clinical rotation year at the University of Minnesota in St. Paul, Minnesota.

Prior to veterinary school, Dr. Harris graduated from McMurry University in Abilene, Texas with a Bachelor's degree in biology, obtained certification in electrocardiography (ECG) and echocardiography (cardiac ultrasound) at the Sanford Brown Institute in Houston, Texas, and attended Texas State University in San Marcos, Texas for graduate school.

Dr. Harris loves the outdoors and spending time with his wife, Mandy. They have three pets (2 dogs and 1 cat): Brandy, his dog he brought with him from the Caribbean who is jokingly labeled his "coconut retriever;" Burt, the world's largest and goofiest greyhound in the world; and Banjo, which some of you may remember as the big fluffy orange cat that used to live at North Austin Animal Hospital.

Dr. Harris chose veterinary medicine because he thoroughly enjoys animals AND their humans and would be more than happy to share stories with you! 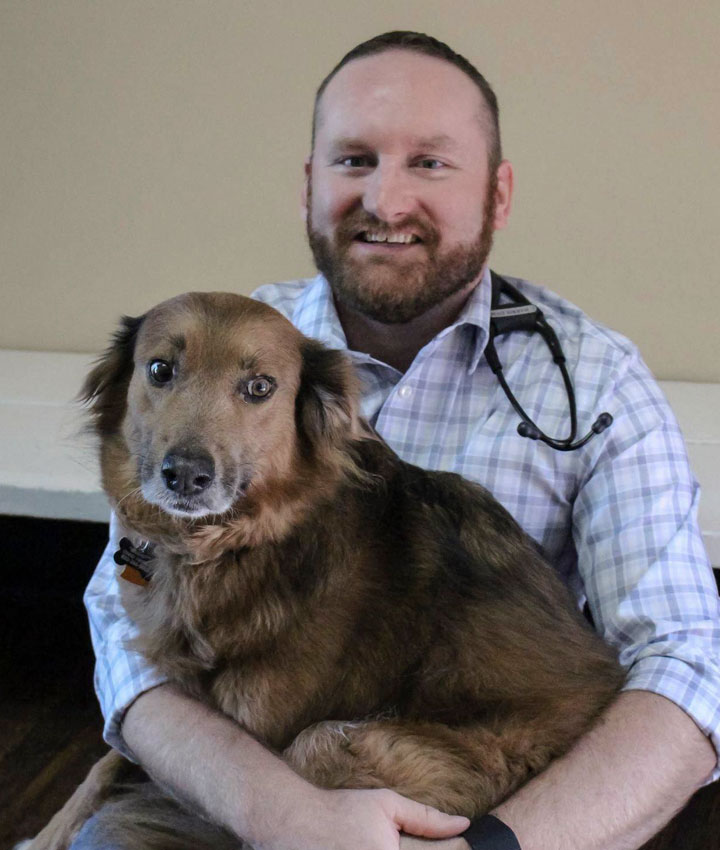